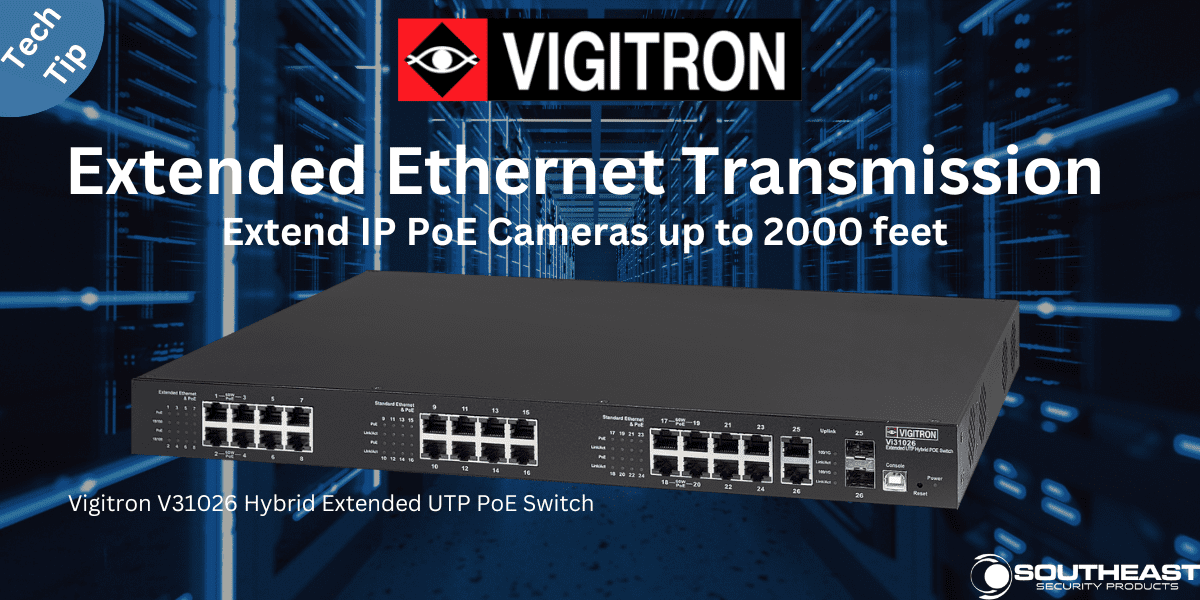 Ethernet networking has a maximum distance of 328′ (100 meters) between a network switch and a connected device.  Often, connected devices are further away than the 328′ limitation, so how can you extend the ethernet distance beyond 328′?

UTP (Unshielded Twisted Pair, or Cat 5/6) extenders are devices that are usually placed on either end of a cable; the control site or the camera site and can extend distance up to 2,000′ at 10/100 speeds.  This eliminates the need to place it at any specific distance such as a repeater, which must be placed within 328 feet of the source of the device it is communicating with.  An extender extends the transmission of data, which includes IP video, PoE, or both.

In the diagram below, a Vigitron Vi2301A UTP Extender is placed on both ends of the cable run allowing for up to 2000′ of extended UTP (and PoE).

Vigitron’s UTP Extenders are available in several configurations.  The Vi2300 series can transmit IP data and provide up to 72W PoE over extended UTP at distances up to 2,000 feet (10/100) providing a cost effective method of powering, monitoring, and controlling your IP cameras.

The Vi2300A Mini can fit inside a common 4 inch square wiring box and J-box enclosures, making it the perfect solution for tight locations requiring security and environmental protection.

The multi-port MaxiiCopper™ UTP extenders are ideal for larger extended distance UTP systems. The Vi230xxU models can pass through up to 90W PoE at long distances to power high power PTZ cameras. 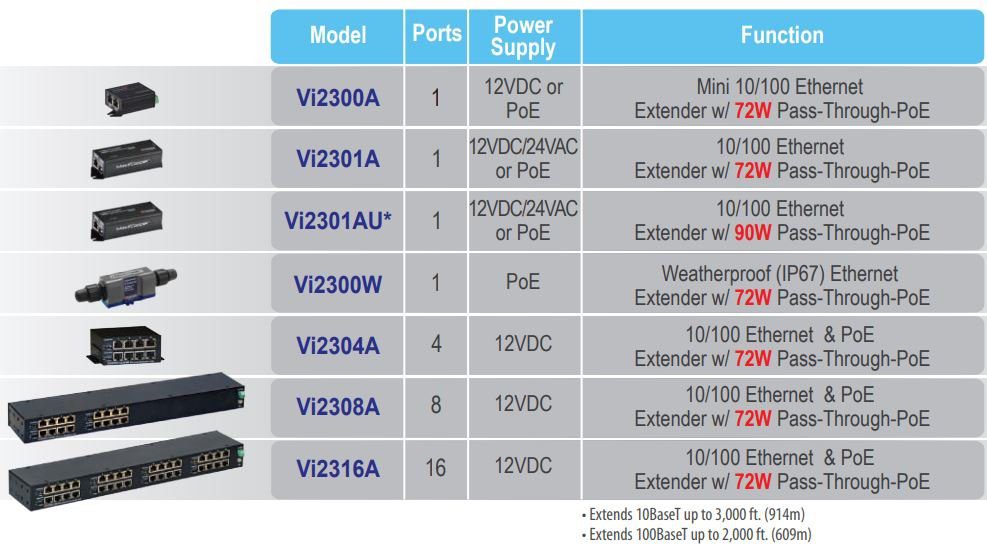 Vigitron provides UTP extenders with built-in PoE midspans.  Midspans are usually defined as a devices that provide Power over Ethernet (PoE). It is placed between a network switch and the device it is powering. Midspans increased the reliability of systems by separating the generation of PoE from a network switch and/or providing extra power not available from network PoE switches.

Vigitron Midspans contain many features not commonly found on other network switches or Midspans.
These features are designed to increase initial connection, maintain and reconnect in the event
connections are lost, and provide status information. A unique client based system eliminates the
potentials for defeating PoE power via hacking attempts. Each port has thermal capacitive fusing for unattended automatic resets. A priority port polling system provides individual port status and allows for customizing the PoE output to meet high power applications.